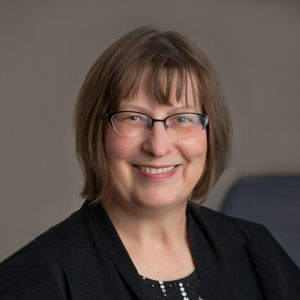 Dr. Debbie Cipp graduated from the University of Waterloo, School of Optometry, in 1984, and immediately joined the practice in New Hamburg. Debbie was born in Kitchener, the second daughter and second child of seven children to Russel and Helen Cipp, of Waterloo. She has lived most of her life in Waterloo.  After graduation from WCI, Debbie furthered her undergraduate education at the University of Western Ontario, in London, Ontario. She graduated in May 1978 with an Honors B.Sc. (Genetics)  Debbie continued at UWO, and received her M.Sc. in 1980.  From 1980-1984, Debbie attended the School of Optometry, at the University of Waterloo, in Waterloo, Ontario. She graduated with her Doctor of Optometry degree in May 1984, celebrating 30 years of practice in May of 2014.   Debbie is an Affiliate Doctor of the TLC Laser Centre.  She holds a certificate in Advanced Ocular Disease and Therapeutics.  Debbie has many areas of interest in Optometry, especially pediatrics, geriatrics, and contact lenses. She currently resides, with her husband, in R.R. Milverton., Ontario.